You are here: Home » Blog » Elections Bill: a modest proposal to improve the Speaker’s Committee on the Electoral Commission 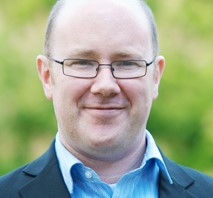 The Speaker’s Committee is a statutory body, established by the Political Parties, Elections and Referendums Act (PPERA 2000). Its membership includes the Speaker of the House of Commons, the Chair of the Public Administration and Constitutional Affairs Committee (PACAC), a Cabinet Office Minister, and various opposition members. It currently comprises nine members. Five of these are currently Conservative, with two Labour and one SNP member plus the Speaker. This means that for the first time, the Committee has a single party majority on it. Three of those Conservative members – Karl McCartney, Luke Hall and Craig McKinley – were investigated, and either acquitted or cleared, for elections expenses infractions in the aftermath of the 2015 general election.

The Elections Bill proposes two main things with regard to the Speaker’s Committee. Firstly, the Bill seeks to set out what it calls a ‘Strategy and Policy Statement’ for the Electoral Commission. The Speaker’s Committee’s functions are to be amended to allow it to hold the Electoral Commission accountable for its performance against this ‘Strategy and Policy Statement’. Critics have seen this as an attempt to impinge upon the Commission’s independence, and the Commission itself put out a statement indicating that what was being proposed would ‘place a fetter on the Commission which would limit its activity’.

The second proposal is for the Minister for the Constitution to attend Speaker’s Committee meetings. This is presented in the Bill’s Explanatory Notes (paras 55 & 56) as necessary because the Minister for the Cabinet Office named in the legislation often cannot attend meetings. Therefore, the Minister who in practice acts in this area should be able to attend instead. It should be noted however that the Bill makes a virtue out of parliamentary accountability of the Electoral Commission. It is arguable that ministerial attendance at such an important regulatory committee should have no place in parliamentary accountability to begin with, not least since the independence of the electoral regulator is at stake.

I would like to make an alternative suggestion for reform of the Speaker’s Committee. I first made this suggestion in oral evidence to PACAC’s inquiry into the Electoral Commission on 9 March, and followed it up with supplementary written evidence. This can be found here. At that session, we discussed how opaque the Speaker’s Committee’s processes are, and concern over the Committee having a single party majority for the first time.

It is crucial to note that while political parties are well represented on the Speaker’s Committee, the voters’ voice is notably absent from much of the parliamentary accountability around the Electoral Commission. This is a major oversight. Voters are major stakeholders in the Commission’s work. To address this, my recommendation is that:

Following good regulatory practice in other sectors, the inclusion of Lay Members has already become accepted standard practice in parliamentary oversight of bodies regulating political behaviour in the House of Commons. For example, the Speaker’s Committee for the Independent Parliamentary Standards Authority (SCIPSA), has three Lay Members, while the House of Commons Committee on Standards has five Lay Members. Lay Members on both committees now have full voting rights. Crucially, this has helped counter the suggestion that parliamentarians are ‘marking their own homework’ on these committees.

Dr Alistair Clark is Reader in Politics at Newcastle University. His research examines the regulation of politics and political behaviour, electoral integrity and political parties. He is the author of Political Parties in the UK (2e), and he tweets at @ClarkAlistairJ