You are here: Home » Blog » ‘Don’t Stand So Close to Me’: the Faulks report and judicial overreach 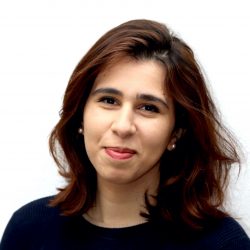 In keeping with the 2019 Conservative manifesto pledge to prevent judicial review from becoming ‘politics by another means’, the Independent Review of Administrative Law’s (IRAL) remit was extended to ‘addressing the appropriate constitutional place of judicial review’. When the review was announced in July 2020, ‘feelings ran high’ and many suspected a ‘knee-jerk’ reaction to government losses in a handful of recent cases. Helena Kennedy, for one, accused the government of ‘constitutional vandalism’. It was widely assumed that the government was looking to clip the wings of the Supreme Court after the outcome of the Miller 2 case in September 2019, which found the government’s attempted 5-week prorogation of Parliament to be unlawful. The government did not hide its resentment of the ruling at the time, which was described by Leader of the House of Commons, Jacob Rees-Mogg, as a ‘constitutional coup’.

However, the findings of the much-anticipated review, led by former Conservative justice minister Lord Faulks and published in March, were anything but a damning indictment of recent case law. This post discusses how chapter 2 of the report engages with claims of judicial overreach, and specifically, the idea that Parliament ought to intervene to impose statutory limits on justiciability.

The report’s introduction asserts that the appropriate domain of judicial power ‘has never been fixed’, nor should it be. Differing views on the place of judicial review and the concept of ‘justiciability’ are portrayed as natural. Institutional interaction in Westminster is described as inherently adversarial: ‘disagreement is hardwired into our culture’. The report’s analysis of constitutional context expands on this;  the relationship between Parliament and the judiciary entails mutual support alongside  ‘self-restraint’ and ‘institutional deference’. The report’s position on the remit of justiciability  derives from its assessment of the ‘working relationship’ between Parliament, the courts and government, where different political circumstances have called for ‘more or less influence’ for each of the institutions over the others at various points. The constitution is painted as being in a state of constant flux, whereby circumstances relating to Parliament’s composition and the strength of the executive call for differing levels of judicial intervention. Whilst the proper ratio of institutional interaction is not defined; from the very start, the report frames the shifting boundaries of judicial power as nothing be alarmed about, but as the inevitable result of the changing balance of power between the different institutions.

Chapter 2 of the report examines the current state of the doctrine of non-justiciability. It adopts a similar argument in relation to the redrawing of the boundaries of judicial power. ‘Non-justiciability’ is defined in the report in two ways. First, it is used to refer to the general doctrine where some public powers are excluded from  review on any account –   essentially a ‘no-go’ sign banning judicial intervention. Second, ‘non-justiciability’ is used to mark out specific exercises of general powers as being unsuited to ‘judicial determination’. Chapter 2 devotes considerable discussion to ‘triggers’ relating to the erosion of non-justiciability and judicial deference (these are: the Human Rights Act 1998, Gillick and Miller 2).  The report argues that the ‘steady retreat’ in the idea that any public power is inherently non-reviewable stems from the widened remit of the judiciary, which Parliament specifically legislated for through the Human Rights Act 1998. Thus, the erosion of judicial deference is entirely legitimate.

However, the strongest rebuttal of claims of judicial overreach is contained in the report’s assertion that recent constitutionally problematic cases do not merit legislative reversal. The report advances two arguments explaining why the case law (and specifically Miller 2) should not be reversed. First, it is argued that  ‘government setbacks’ cannot be taken to be representative of the general gist of judicial review. For every case of undue overreach, there are cases of excessive restraint. Clear judicial restraint is especially common in national security law (for instance Rehman [2001] UKHL 47 or Carlile [2014] UKSC 60). The report even mentions the outcome of Dolan [2020] – the recent challenge of the lawfulness of lockdown regulations – implying that in this constitutionally significant case, there was a marked return to deference: ‘we are optimistic that if there are examples of judicial overreach, the judiciary may well recognise this and such overreach is both corrected and will not occur in future.’ This statement is unequivocal and suggests, again, that both Miller cases are outliers in the overall picture of contemporary judicial review – and perhaps even likely to be reversed.

Second, it is argued that the changes evoked by Miller 2 – specifically ‘the potential to abolish all common law limits of justiciability’ – are unlikely to be significant in practice because this case arose from extremely ‘unique political circumstances’. Yet, the report explains Miller 2’s potential in allowing ‘the courts to circumvent the ‘no-go’ signs currently mounted around the exercise of prerogative powers in relation to matters’ conventionally known as non-justiciable. Given this acknowledgment of Miller 2’s ability to roll back non-justiciability, it is worth speculating as to why the Panel was unconvinced of Miller 2’s wider ramifications.

Earlier on, Miller 2 is described as the product of an unhappy combination of Brexit, the Fixed-term Parliaments Act (2011) and exceptional political events. One is reminded of the government’s small parliamentary majority in the summer of 2019. Prorogation was allegedly politically motivated to force a specific Brexit outcome at a time when parliamentary scrutiny might have delayed it.

Nevertheless, the report goes further still; it argues that legislative intervention to place ‘non-justiciability’ on a statutory footing would not be useful. The existing case law – relating to application of ‘the rule of law’ and cases involving rights – provides a potential ‘way out’ of the limits placed on judicial intervention. The expansive application of the rule of law (in cases challenging the constitutional propriety of ouster clauses like Privacy International)) and the enactment of the Human Rights Act 1998 have given the courts grounds to interfere in arguably non-justiciable matters. Such grounds could also only be reversed explicitly in legislation. A public body’s interference with rights can only be sanctioned through explicit statutory authorisation. Legislation imposing limits on justiciability would have to be clear and would have to impliedly repeal or amend all legislation widening the role of constitutional adjudication (including the Human Rights Act). The report concedes that any statutory limits on what kinds of cases could be judicially reviewed would ‘have a limited effect’ and this could open another constitutional can of worms.

In 1987, the Treasury Solicitor’s Office first published The Judge Over Your Shoulder. Commonly known as JOYS, this guide is still used today to educate civil servants and ministers on the nature of judicial review, and more importantly how to avoid it. Simply put, executive attempts to avoid judicial review are hardly new. But as the Faulks report clarifies, this is arguably just an extension of the intrinsically adversarial relationships between the institutional actors involved. The report provides a balanced account of judicial power, outlining cases of potential judicial overreach (R(Evans) v Attorney General) but also those of alleged underreach (Rehman). It explains why the erosion of ‘non-justiciability’ in recent case law has arisen not from judicial overreach but from the extension of the judicial role into the protection of fundamental rights and constitutional principles. These have been legislated for by the Human Rights Act 1998, and other constitutionally significant statutes, such as the Constitutional Reform Act 2005, which enshrines the rule of law, albeit without a set definition. The report concedes that Miller 1 and Miller 2 are  ‘executive setbacks’ but views them as exceptions – and, arguably, the product of political manoeuvring in an unprecedented game of constitutional hardball. To the option of codifying the remit of judicial review in statute, the IRAL responds: this would be ‘entirely legitimate’ for Parliament, but ‘not recommended’. The report’s tone is clear: ‘don’t stand so close to the courts’ – codifying justiciability would cause more problems than it would solve.