You are here: Home » Blog » Cummings on stage: what does it tell us about select committees? 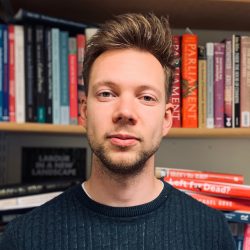 Asked if the prime minister, Boris Johnson, is a fit and proper person to get us through the COVID-19 pandemic, the former chief advisor to the prime minister, Dominic Cummings, replied: ‘No’. This damning verdict was given as part of evidence to the joint Science and Technology/Health and Social Care committee inquiry into lessons to be learned from COVID-19. The appearance was high-profile: newspaper articles speculated at length about the session in advance, it was discussed that morning on BBC Radio 4’s Today Programme, the session was trending on Twitter, and it remained headline news throughout the day and into the next. To use the analogy of theatre: it was a front stage political drama. It raises a significant number of questions about the government’s handling of COVID-19. But what does it tell us about select committees? I think there are three interesting issues.

A first issue is about how effectively select committees are able to develop detailed questioning. It was interesting to note how the session played out largely in a non-partisan way (with some exceptions). But more than that, the session showed us the importance of sustained and effective questioning. Greg Clark and Jeremy Hunt – chairs of their respective committees – took up the first hour to question Cummings before other committee members had an opportunity to ask questions. The ability to follow a line of inquiry was crucial to following up on key claims and asking for concrete evidence of Cummings’ allegations through written documents. The chairs were also unafraid to ask follow-up questions when committee members failed to do so (e.g. when Cummings first accused Hancock of lying to the Cabinet, the committee member expressed shock but moved on to another subject). Cummings was held to account, but the session raises questions about the wider questioning skill of committee members. Perhaps there are structural issues at play: with fewer questions, members need to ask more direct and arguably more adversarial questions; knowing you have 30 minutes instead of ten makes a big difference.

While Clark and Hunt, in particular, have come out looking well, there is also a bigger question to be answered about what the joint committee gained from the session. The hearing was wide-ranging (and perhaps unnecessarily long). Cummings made a significant number of eyebrow-raising claims. His answers were long and rich in detail, sometimes backed up by pictures, graphs and text messages. The hearing was an exercise in explanatory accountability: understanding what happened, in detail. It helps paint a picture of how Number 10 operates, which – given the gravity of the decisions – is hugely important. But it was also a picture painted according to one former advisor that has fallen out with, and is disliked by, many in government. His account was therefore partial, and full of contradictions. He was reflective about things he wanted to talk about, but evasive when it came to things he did not want to discuss. The joint committee had a big task in testing the former advisor’s claims, with some (though not complete) success. The committee was good at pushing for evidence and information, but Cummings was still able to talk generally about ‘groupthink’ and system failure without always going into specifics. A second issue that this hearing raises, then, is how individual testimonies fit into the wider picture, and also how effectively the committee gathered accurate information.

A third issue concerns the witness. I have already implied that there is some doubt surrounding the truthfulness of Cummings’ account. Let us not forget that Cummings’ appearance took place despite him being found in contempt of Parliament for refusing to appear in front of a different select committee in 2019. This should raise questions about his motivations for attending in this instance. An underlying issue – as discussed in this recent Constitution Society blog – is the possibly complex relationship between committees, witnesses and contempt, which has been the subject of a number of parliamentary inquiries over the years (as also recently discussed by Paul Evans for the Hansard Society). In any case, a wider issue for Parliament to consider is the truthfulness and credibility of the account of somebody who has previously been found in contempt of Parliament. It is not clear, in the end, how much credibility we should give to Cummings’ evidence. This, in turn, raises the thornier question of whether it was in the committee’s interest to hear from Cummings directly in this way – something that only time will tell.

All three issues return us to a fundamental, existential question: what’s it all for? What is, ultimately, the purpose of this hearing, this inquiry, and scrutiny by select committees? Evidence sessions are an incredibly important part of the scrutiny process. It is through them that committees are able to explore key policy and political issues, gain information about what happened, and to evaluate if things were done as effectively as they could have been. This doesn’t happen through one single hearing, but through multiple different sites across Parliament: along the committee corridor and in hearings, through bilateral meetings, through written communications, through oral and written questions across the Commons and Lords, and much else besides. Through this, Parliament is able to build webs of scrutiny that can be significant for strong accountability – provided that chairs and members are able to ask effective questions in order to establish the truth.

Marc Geddes is Senior Lecturer in Politics at the University of Edinburgh. He is author of Dramas at Westminster: Select committees and the quest for accountability, which won the Mackenzie Prize for Best Book Published in Political Science in 2021.