You are here: Home » Blog » Cronyism, Covid and the constitution 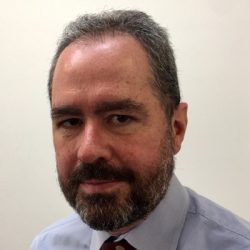 The New Year Honours list provides us with just one example of the various and wide-ranging forms of patronage at the disposal of the UK government. This post explores the potential for its abuse.

According to its critics, the current government is infected with a culture of cronyism, despite its relatively short time in office. Cronyism is not a new phenomenon in British politics; and it is difficult to measure its extent in an objective way. All the same, there seems to be a substantial core of truth in the allegation. The coronavirus emergency has legitimated a partial suspension of the normal principles of public life; but has at the same time provided a useful cover for a resurgent crony culture in government, on a scale surpassing that of the Blair era.

A taxonomy of cronyism

Dictionary definitions of cronyism apply the term only to cases where people in power give jobs to their friends, in preference to independent candidates with relevant skills and experience. However, the current government’s critics routinely bracket a more extensive range of questionable relationships under the general heading of cronyism.

An attempt at a taxonomy of cronyism in this broader sense suggests there are three types of benefit involved, and three categories of beneficiary. Cronies of government ministers or other influential politicians may benefit from three principal types of reward:

A recipient of one of these benefits may fairly be described as a crony if the award or appointment has been made for a reason other than objective merit. Ministers’ cronies fall into three overlapping groups:

On several occasions in the past century, senior politicians gave important jobs to personal friends. These appointments were not always misjudged, and sometimes they were inspired. In 1940, Churchill made his friend Lord Beaverbrook Minister of Aircraft Production: Beaverbrook was a press baron by background, but an outstanding success as Minister.

However, and despite a few examples to the contrary, crony appointments do not generally turn out well; for reasons which may seem obvious:

During the Covid-19 crisis, the government’s apologists have defended apparently crony appointments on grounds of urgency and practicality. By this argument, Baroness Harding’s appointment as head of NHS Test and Trace, without any competitive process, was legitimate because she had been CEO of a large commercial enterprise; was immediately available; and was willing to work without remuneration.

In an emergency situation, it may sometimes be right to short-cut time-consuming selection processes. In such cases, it would seem wise to appoint a politically independent individual with unquestioned expertise in the relevant field. Baroness Harding is a Conservative peer and a personal friend of the Health Secretary, with no previous knowledge of health diagnostics. As Lord Falconer has pointed out, she is also simultaneously a party politician and a public servant: apparently uniquely; and in contravention of the Civil Service Code.

It is worth also noting that the Commissioner for Public Appointments has recently expressed concerns about impropriety in the public appointments process. In a letter to the Chair of the Committee on Standards in Public Life he observed that ‘some at the centre of government want… to tilt the competition system in their favour to appoint their allies.’ His comments seem to indicate a tendency towards crony appointments that goes beyond the high-profile case of Baroness Harding.

In the early months of the coronavirus emergency, it was arguably appropriate to suspend normal principles of competitive tendering. There was a global shortage of PPE: the officials handling government procurement needed to act quickly, and could not be overly price-sensitive. However there is no evident reason why the Health Secretary needed to be become personally involved in this endeavour, to the extent of allegedly directing contracts to unqualified personal acquaintances.

The government awarded £18bn in Covid-related contracts without competitive tender in the first six months of the pandemic: £1.5bn of these were to individuals or companies with links to the Conservative Party.  Perhaps this was all done with the best of intentions: in a crisis, it is natural to turn for help to those one knows best. There is no suggestion that any Minister benefitted personally from these arrangements; but it is a short step from cronyism to corruption.

The government has also recently published a Green Paper entitled Transforming public procurement, which promises to ‘abandon… complicated and stifling rules’. One of the stated aims of the proposals is to speed up the public procurement process. Perhaps unsurprisingly, this has triggered fears from certain quarters that its intention is to preserve some of the questionable practices needed during the pandemic response.

In many countries, it is sadly routine for government contracts to be secured by bribing politicians or officials. In the nineteenth century, enlightened governments largely stamped out these abuses in Britain by applying rigorous standards of scrutiny to the awarding of public contracts. Those principles remain deeply embedded in the culture of the civil service: they are our defence against kleptocracy, and should not be lightly flouted.

Boris Johnson created 52 new peers in 2020; taking the membership of the House of Lords to an absurd size of more than 830. For a time, his predecessors exercised some restraint in the creation of new peerages, but that has evidently been abandoned. Thirteen of these new peers are either major Conservative Party donors or personally or professionally connected to the Prime Minister. One of the new donor peers, Peter Cruddas, was ennobled in defiance of advice from the Lords Appointments Commission.

A peerage is not a mere honour: it bestows membership of the Upper House and thus makes the recipient a legislator. The Lords’ credibility as a revising chamber is undermined if peerages are routinely used to reward cronies. There is a case to be made for an unelected House of Lords; but the argument is difficult to sustain when appointments of this kind are the norm.

Cronies of lesser distinction are commonly appointed to one of the five classes of the Order of the British Empire. This is arguably a relatively harmless form of reward: it conveys no authority and the cost to the state is minimal. In the case of political donors, it may be argued that the distribution of honours is actually in the public interest: a donor delighted by the award of an OBE (as many seem to be) is perhaps less likely to expect financial or political favours as an additional quid pro quo. At the same time, using the honours system to reward cronies undermines public trust: these are the same honours which recognise distinguished contributions to the arts and sciences, or other valuable public service.

The corrosion of public life

Taken in the round, the current picture is a depressing one. Past governments sometimes appointed cronies to public office; and found ways to favour their business friends. The granting of peerages and honours as personal or political rewards is nothing new. However, the present government appears to have taken all of this to a new level: there is a shamelessness about it. Thus far, it has suffered little consequential political damage: critics have been part-muted by the Covid crisis; and distracted by Brexit.

The odd crony appointment is not constitutionally damaging: nor is the exceptional bypassing of normal procurement procedures. The system is strong enough to absorb occasional impropriety. But if these practices become routine, cronyism becomes a constitutional issue: it begins to corrode the assumptions of integrity and transparency which underpin public life.