You are here: Home » Blog » Constitutional reform: a legal perspective on the issues 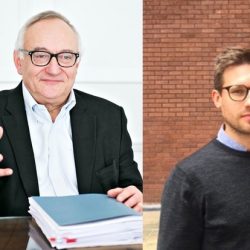 By: Stephen Hockman and Dave Drew

Stephen Hockman QC was called to the Bar in 1970 and became a Queen’s Counsel in 1990. Dave Drew is a General Counsel who has worked previously in the House of Commons.

As is widely known, the Conservative Party have plans to make major reforms to the UK constitution. This was made clear on page 48 of its 2019 manifesto, which promised to look at:

‘the broader aspects of our Constitution; the relationship between the Government, Parliament and the courts; the functioning of the Royal prerogative; the role of the House of Lords; and access to justice for ordinary people.’

There was a further promise to ‘update’ the Human Rights Act and administrative law to ‘ensure that there is a proper balance between the rights of individuals, our vital national security and effective government.’ A key part of this agenda was to limit the scope for judicial review:

‘We will ensure that judicial review is available to protect the rights of individuals against an overbearing state, while ensuring that it is not abused to conduct politics by another means or to create needless delays.’

Finally, the Conservatives pledged to establish a Constitution, Democracy and Rights Commission in the first year of the new Parliament to examine these issues in depth and provide proposals to restore trust in our institutions and in how our democracy operates.

Since the election, in a paper published by Policy Exchange (the think tank recently described by former Supreme Court Justice Lord Sumption as the intellectual engine powering the government), Professor Richard Ekins has stated that:

‘The rise of judicial power in the UK in recent years is a striking change in our constitutional arrangements – in how we are governed – a change that threatens good government, parliamentary democracy and the rule of law. The expansion of judicial power is a function both of Parliament’s decision to confer new powers on courts – most notably by enacting the Human Rights Act 1998 – and of the changing ways in which many judges, lawyers and scholars now understand the idea of judicial power. Parliament is responsible for maintaining the balance of the Constitution and should restate limits on judicial power, restoring the political constitution and the common law tradition.’

The Conservative Party’s plans in relation to the UK constitution have been slowed by the Covid-19 crisis but are starting to rise to the top of the agenda. Two panels have been already been established to consider key aspects of constitutional reform. The first, under the chairmanship of the former Justice minister Lord Faulks, to examine the law relating to judicial review, seemingly with a view to narrowing the scope of the power of the courts to review executive decisions. The second, under the retired appeal court judge Sir Peter Gross, is tasked to examine the workings of the Human Rights Act 1998.  Moreover, the government has published a draft bill (repealing the Fixed-term Parliaments Act 2011) which would, it seems, allocate to the Prime Minister an exclusive non-reviewable power to dissolve Parliament at a moment of his choosing.

Although it now appears less likely that there will be, in addition to specific reviews, a single Commission as foreshadowed in the Conservative manifesto, it was suggested by Michael Gove MP in recent evidence to the Public Administration and Constitutional Affairs Committee of the House of Commons that either he or the Prime Minister would be making a further announcement about constitutional reform in the early new year.

The intention of this paper therefore is to respond to the developing trends in constitutional thinking at the top of government. It is divided into four sections. First, a section entitled ‘Givens’, which lists those features of the constitution which are unlikely to be challenged by any of the main parties in the foreseeable future. The second, entitled ‘Myths’, describes the key arguments underpinning Conservative Party policy but which, in our view, are completely unfounded and serve to distract from sensible debate. The third section, entitled ‘Oppose’, refers to proposals in the Conservative Party manifesto or otherwise which should be strongly resisted. The fourth and final section entitled ‘Support’ lists some alternative ideas which should be supported, or at least be subjected to fuller scrutiny.

Based on the position of all major UK-wide political parties in recent years, most of the following features of the UK constitution are very unlikely to change in the foreseeable future and should therefore be treated as the foundation for any serious discussion of the way forward. These are that:

It should of course be noted that recent comments by the First Minister of Scotland show that the Scottish National Party remains determined to secure Scottish independence as soon as possible.

The first myth is that judges have become too political and that the scope of judicial review needs to be cut back. We strongly disagree. There is little evidence for this proposition, and we consider that, on the contrary, this is an example of politicians rather than judges seeking to expand the boundaries of their empire. In particular, it is the express and valuable role of the judges to adjudicate upon the legality of executive action, something which is a key element in our democracy. This is especially true in cases such as the two judicial reviews initiated by Gina Miller, in which the judges highlighted the legal constraints limiting the powers of the executive in relation to the role of Parliament. In this area, the most controversial issue in recent times has been the extent to which the judges can constrain the role of Parliament itself (something very different from constraining the executive in relation to Parliament). Thus, in the Privacy International case, the majority of the Supreme Court held (on the construction of the relevant ouster clause) that Parliament in that particular case did not intend to exclude judicial review. Once again, however, this seems to be a necessary protection of the rule of law in a functioning democracy.

It is worth noting that, although Lord Sumption has, since his retirement, been very critical of some aspects of judicial review, he himself has acknowledged that any remedy for this situation lies in the hands of the judges themselves and has accepted that the judges are likely to deal with it.

The second myth concerns human rights and the role of the Human Rights Act. In our view, those who denigrate the human rights regime are again doing so for political reasons. In considering whether the Human Rights Act has allowed an expansion of judicial power, it is vital to remember that, in our system of parliamentary democracy, the judges have no power to overturn an Act of Parliament, even if it is held to be incompatible with the Human Rights Convention. The powers of the courts are limited to the requirement to read and give effect to legislation in a way which is compatible with Convention rights and/or if necessary to grant a declaration of incompatibility, and it is then for Parliament to amend, or repeal, the legislation to achieve compliance with the Human Rights Convention – a step which Parliament has invariably taken in those few cases in which the issue has arisen.

The third and final myth is more controversial. We do not necessarily agree with those who claim that in a general sense the executive has become too powerful, and that particularly where the government of the day has a substantial majority, we have a system that can be characterised as an elective dictatorship. No doubt a clearer picture in relation to this issue will emerge in the coming years under the Johnson government, but it seems to us that a period of hung Parliaments has demonstrated that, unless government is capable of achieving the changes which the electorate has voted for, then the democratic system itself tends to lose the confidence of the electorate.

It is however worth adding that the idea that Parliament itself has become too powerful – an idea which became current as a result of the failure of MPs to vote decisively for legislation necessary to enable Brexit to be implemented – is also entirely mythical. The problem was simply, and precisely, that there was a hung parliament and that the Fixed-term Parliaments Act delayed, but ultimately did not preclude, a dissolution leading to a general election.

We have not so far expressed either support or opposition for the proposal for a Constitution, Democracy and Rights Commission. The first reason for this is quite simple – the government has as yet taken no step to set up such a Commission, preferring to proceed via a series of separate panels, and it now seems unlikely that there will be a single Commission as originally envisaged. The second reason, however, is that the merit of such a commission would depend entirely how it is to be set up (if it is), who is to be appointed to be on it, and what approach it will take to the issues. If the Commission is packed with those at one end of the constitutional spectrum, e.g., those who dispute the ‘givens’ above and/or believe in the ‘myths’ above, then that is a type of Commission which should undoubtedly be opposed. If, on the other hand, the Commission is drawn from people with a wide range of differing views and backgrounds – and if its aims are constructive rather than destructive – then it is possible that such a body could play an important part in re-invigorating the kind of constitutional debate which we ourselves believe would be beneficial.