You are here: Home » Blog » Conference: Executive power and the UK constitution 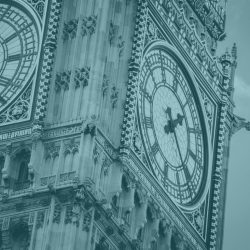 By: The Constitution Society

On Friday 22 April, The Constitution Society held a conference that looked at the power of the executive within the UK political system. Speakers at the conference considered the nature the government’s power and its relationship with the institutions responsible for reviewing and checking its actions – in particular, the UK Parliament and the judiciary. The question was posed as to whether the power of the executive has been enhanced in worrying ways under the present government.

The choice of subject matter was motivated by recent developments. The most recent report from the UK Constitution Monitoring Group (an initiative supported by The Constitution Society) concluded that the various constitutional reforms being seen through by the current Conservative government – whilst perhaps appearing relatively trivial in isolation – would cumulatively weaken accountability mechanisms and increase the scope for arbitrary executive action.

As Professor Alison Young observed in her remarks (see below), it would be a mistake to impose too much coherence on this reform programme. Nevertheless, insomuch as there is an intellectual underpinning to the government’s constitutional approach, it has come from Policy Exchange’s Judicial Power Project (JPP). Constitution Society Research Fellow Daniel Skeffington has written recently of Professor Richard Ekins – one of the JPP’s key figures – that ‘by placing primacy on the sovereignty of Parliament over Britain’s international obligations, human rights, and the independence of the judiciary, his monolithic view of the political constitution exalts the executive over the other major institutions of the state.’ Sentiments of this kind have led several to refer instead to an ‘Executive Power Project’.

Clearly the subject is a contentious and central one within contemporary constitutional debate, and it is with this in mind that The Constitution Society convened the conference. You can find recordings of the panels and the keynote below.

Panel one: Executive power and the law

Professors Colm O’Cinneide, Conor Gearty and Alison Young examine the relationship between the government and the judiciary.

Between them they look at how the UK government’s attitude towards the judiciary has changed in recent years, with the executive reasserting the primacy of political decision-making and pushing back against the role of the courts. They consider formal and informal ways in which judicial controls are being weakened, including through the Judicial Review and Courts Bill; the increasing use of policies, guidance and advice over primary or delegated legislation; and planned reform of the Human Rights Act 1998.

Speaker 1: Colm O’Cinneide is Professor of Constitutional and Human Rights Law at the Faculty of Laws, University College London.

Speaker 3: Conor Gearty is Professor of Human Rights Law at the London School of Economics and Political Science.

Keynote: Is the UK sliding into state capture?

In the conference keynote, Professor Elizabeth David-Barrett asks whether the UK is sliding into state capture.

Prof. David-Barrett sets out what state capture means – corrupt influence over the formation of law and policy – and examines the development of a new form of politician-led state capture seen most prominently in Hungary. She looks at how this form of state capture goes beyond capturing the formation of the rules to influence over policy implementation and a weakening of accountability mechanisms. Finally, she asks whether this is happening in the UK, citing in particular a number of ways in which the institutions meant to act as a check on executive power have been undermined. Nevertheless, she concludes that the UK is some way off becoming a captured state, but that we should not be complacent.

Liz David-Barrett is Professor of Governance and Integrity at the University of Sussex where she is also Director of the Centre for the Study of Corruption.

Panel three: The executive and Parliament

Dr Ruth Fox, the Rt. Hon. David Gauke and Professor Robert Hazell look at the relationship between the UK government and Parliament.

They consider why the executive often sees itself better placed than Parliament to make good decisions, and why these arguments do not always stand up to further scrutiny. The panel also review the legislative relationship between Parliament and the government, in particular the problems with the excessive use of ‘framework’ bills and delegated legislation. Finally, they reflect on why Parliament has failed to get more of a handle on the government’s prerogative powers. The panel discussion was part of The Constitution Society’s recent conference ‘Executive Power and the UK Constitution’.

Speaker 1: David Gauke is Head of Policy at Macfarlanes and a columnist for the New Statesman. He was Lord Chancellor and Secretary of State for Justice (2018-2019).

Speaker 2: Dr Ruth Fox is Director of the Hansard Society.

Speaker 3: Robert Hazell is Professor of Government and the Constitution at University College London.