You are here: Home » Blog » Certainty versus legality: loading the dice against upholding the law 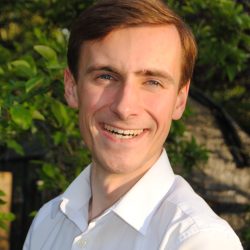 On Monday 8 November, Parliamentary skirmishes between the government and the Lords over the legal enforcement powers of the new Office for Environmental Protection (OEP) concluded with a Commons victory for the government. The Environment Act received Royal Assent late on 9 November. The debate focused on restrictions imposed in the Act upon the judicial remedies which the OEP can obtain, if it successfully proves a public body has breached environmental law.

The debate placed two subsidiary ‘rule of law’ principles in conflict. The principle of legality requires that public bodies act lawfully and that courts offer effective remedies against unlawful conduct. However, certainty in decision making and legislation, as a procedural value, is required to allow citizens to conduct themselves appropriately. Legality usually trumps certainty. Nonetheless, the Act includes a clause which will compel judges to condone, rather than quash, unlawful conduct where a third party’s interest would be substantially prejudiced. Following two compelling Lords’ debates, the Commons voted to reject amendments to this clause. The debate forms a microcosm for wider tensions over the post-Brexit settlement, executive accountability, and challenges to the scope of judicial power.

The Act establishes the OEP as the new environmental regulatory and enforcement body, fulfilling roles previously undertaken by EU institutions. The OEP constitutes the first plank of the government’s post-Brexit regulatory reconstruction.

As part of its enforcement powers, the OEP may initiate an ‘environmental review’ of a public body’s decision, if it is satisfied that the authority has ‘seriously’ breached environmental law. Environmental review operates like judicial review, with three essential differences. First, the process is only available after a lengthy pre-litigation process of investigation and notice-giving. To paraphrase Teddy Roosevelt, environmental review is the ‘big stick’ used once speaking softly has failed, but the stick is not within easy reach. Secondly, it inverts the normal presumption that unlawful conduct is invalid. Instead, where a Court finds an authority has breached environmental law, the default remedy is a ‘statement of non-compliance’, which ‘does not affect the validity of the conduct in question.’ (Clause 37(6)).

Third, Clause 38(8) imposes two unique barriers against granting a remedy. A court cannot grant any remedy if doing so is ‘likely to cause substantial hardship to, or substantially prejudice the rights of’ a third party; or would ‘be detrimental to good administration’. Thus, a Court is powerless to quash an unlawful act where a third party would endure ‘substantial hardship’, such as capital wasted on a construction project if it were quashed.

Facts adapted from a 2015 case help us understand the practical implications of the first criterion.  Imagine the Secretary of State grants a permission to cull badgers, despite a legal obligation to ‘maintain their population’, and a third party contracts to conduct the cull. Following a successful environmental review, a court issues a statement of non-compliance, because culling is inconsistent with population management. This statement will not assist the badgers. The decision remains legally valid. Moreover, if the decision were quashed, the third party might suffer substantial hardship if the contract were lost. If so, the court has no choice but to allow the unlawful culling to continue. The court is denied the opportunity to assess other factors and decide what is fair and just in the particular case.

Lord Anderson of Ipswich tabled an amendment to Clause 38(8) which, in its final form, removed the restriction on judicial discretion and instead provided five broad factors to which the Court must have regard. The Lords agreed this amendment twice, defeating the government on 8 September and 26 October. Its supporters included the former Lord Chief Justice, Lord Thomas, who noted simply that “judges could be trusted” and that there was “no greater protection any Government could legitimately seek.” However, the Commons rejected the amendment without debate on November 8, leaving the Act in its original state.

The Lords’ debate pitched legality against certainty. “The need for certain outcomes needs to be balanced against the need for lawful outcomes,” said Lord Anderson on 8 September: “that balance can be performed by the courts only in the individual case and not by preordaining the result.” “It is perverse and without precedent,” he concluded on 26 October, that third party interests “should automatically outweigh all other factors, including the public interest in a clean environment and having the law enforced.”

For the government, Lord Goldsmith countered that protecting third parties was “essential to protect fairness and certainty, values which lie at the heart of our civil justice system.” He pointed to the special requirements for legal certainty in planning cases. It would be disruptive if a planning permission for, say, a shopping centre were quashed after the foundations were laid. He also noted environmental review will take place outside the normal limits for judicial review, meriting extra protection for third parties (although it was the government that chose to install the time delay into the new procedure).

Besides the conflict of ideals, an economic reality underpins the government’s approach. Environmental review will be used predominantly to challenge permissions and licenses granted to landowners and developers. The government’s policy is to encourage development and eliminate ‘bureaucratic’ speed-bumps. The government’s planning reforms (currently stalled) are nicknamed ‘Project Speed.’ The sooner a third party expends capital or effort in reliance upon a decision, the sooner their interests will qualify as ‘substantially prejudiced’ if the decision is quashed. Moving quickly is therefore incentivised. The Act provides developers with certainty and confidence. Less nobly, it also encourages indecent haste.

Lord Goldsmith offered two further defences for Clause 38(8). Irrespective of their persuasive power, the government’s arguments indicate its approach towards the post-Brexit regulatory framework, which will have much wider ramifications.

First, Lord Goldsmith argued that the European Court of Justice “cannot issue these kinds of remedies to member states”, so the OEP would have “a far more direct impact on third parties than the previous system.” However, this tells only half the story. The European Commission can fine European Member States for environmental law infractions. In the UK’s case, the minimum lump sum fine was €10 million. However, the OEP has no fining power. The Act explicitly excludes damages from the remedies available through environmental review. Viewed holistically, the OEP’s enforcement powers are weaker than those of the bodies it replaces. The government has promised ‘non-regression’ on environmental standards but it has diminished the enforcement powers which hold it accountable.

Secondly, Lord Goldsmith described the clause as “an extension of the existing position for legal challenges, including under the Senior Courts Act (SCA) 1981 and the Tribunals, Courts and Enforcement Act 2007,” suggesting that the government was “building on these precedents”.  Parliament has certainly guided judicial discretion in awarding remedies. Section 31(6) SCA allows a court to refuse relief where there has been ‘undue delay’ in making the application, which would cause (in familiar language) ‘substantial hardship’ to third parties or ‘be detrimental to good administration’. There are two critical differences, though. S31(6) requires an element of fault – an undue delay – where the Environment Act does not. Secondly, the SCA gives a court discretion, whereas the Act removes it. In the coming months, the government’s Judicial Review and Courts Bill will progress through Parliament, with a similar focus upon remedies. The impacts of that Bill upon judicial power will be scrutinised closely.

The Environment Act compels the OEP to play with dice loaded against winning anything more than a certificate of participation. Given the Prime Minister’s recent exhortations towards greater environmental protection at COP26, it is difficult to understand why his government so adamantly resisted giving its new regulator, as Lord Anderson put it, a “working pair of teeth”.

Josh Kimblin a Research Fellow at the Constitution Society. He is working on a paper entitled ‘Climate Change and the Constitution’. It examines the constitutional implications of activist litigation and the impacts of recent legislation. Josh holds a BA and MPhil in History from the University of Cambridge and completed a Graduate Diploma in Law at City Law School in June 2021.