You are here: Home » Blog » ‘Carriegate’: should we conclude the Prime Minister is corrupt?  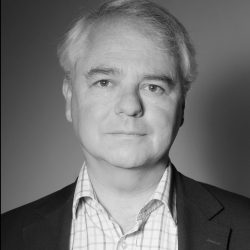 Media reports claim that Boris Johnson attempted to use his influence to land his then girlfriend, now wife, top jobs.[1] Is this corrupt?

Assessing whether something is ‘corrupt’ is notoriously hard, usually due to obfuscation, a lack of hard evidence and because real-life cases seldom fit neatly into theoretical models. The simplest entry point to assessing the Prime Minister’s several alleged attempts at ‘Carriegate’ appointments is to check them against a standard definition such as “the abuse of entrusted power for private gain.”

It is fairly obvious that Boris Johnson has had entrusted power, both as Foreign Secretary, and as Prime Minister. The abuse of power in this case would have been the by-passing of the standard recruitment processes in order to give a favoured person a job, without testing their suitability, qualifications or experience against a field of applicants or through independent assessment. This is straightforward cronyism or – if the candidate is related to the person in the position of power – nepotism.

Of course, the appointment(s) did not actually happen, and we do not know the circumstances for certain. But if Mr Johnson attempted to push through such an appointment in such a way, then the abuse would still have occurred. This is a question of intent that is covered by the Bribery Act – a failed attempt to make a bribe is deemed equally corrupt as a successful attempt. Section 1 of the Bribery Act describes this as ‘offers, promises or gives a financial or other advantage to another person.’ Cronyism is not covered by the Act, but the same principle applies – did you try to act corruptly, even if something thwarted your attempt?

Two boxes are ticked – abuse and entrusted power. So what about private gain? The interesting point here is that the direct gain is to Carrie Symonds/Johnson, and not apparently to Mr Johnson himself. But that is of course how cronyism and nepotism work – a favour is given and there is a reciprocal favour at another time, possibly from within the network and not directly from the individual who gained the benefit. In this case, there is the additional nuance of the affair between Johnson and Carrie Symonds.

It is possible for a cronyistic favour given to a girlfriend to get repaid in other ways. What might Mr Johnson have been seeking to gain from getting his girlfriend a top job? A strengthened relationship through the demonstration of power, or more money into their mutual finances, or an easier ride in government through having a close ally in a key job? Whichever way you look at it, the fact that Mr Johnson did not make the direct personal gain is not the point here – it is that the beneficiary was his girlfriend/wife. In that context, the favour counts as a private gain for him.

So, with only a very brief analysis we can conclude that Carriegate has all the hallmarks of corruption, but is so far not provably so. One obvious conclusion is that assessing in real time whether something is or is not corrupt is extremely hard to do. There are many variables, the story is usually half-written and not at an end, the full facts are not available, and there has been no forensic or in-depth investigation to establish what is or is not true.

Like so much of the ethical debate around the Johnson government, this is hovering in a grey area. It is not a grey area of definition, but a grey area of lack of information and proper investigation. Moreover, a single corrupt act does not make an individual or the government they run wholly or systemically corrupt. The problem with Boris Johnson is that these things keep happening. In Carriegate, the Johnson government and its cheerleaders look to be once more complicit in a tawdry ethical incident that lowers standards in public life and which until quite recently would have merited investigation and resignation. If proven, this would be yet another example of transactional corruption, but not in itself an example of systemic corruption.

We can assume that there is more to come. One of the features of the Johnson government has been to intimidate, discredit, remove or ignore the informal checks and balances within the system that are meant to deter corruption: the independent media, the Judiciary, the Ethics Advisor, the Anti-Corruption Champion, Parliament, the Committee on Standards in Public Life, to name but a few. As the checks and balances are downgraded, the risk of corruption rises.

At some point, there must be an aggregation effect: lots of smaller individual acts must add up to the conclusion that the individual or an administration which lets these things go on is corrupt. The layering of incident upon incident suggests Johnson and his government are moving inexorably closer to some invisible precipice over which we must all hope the country does not fall. For now, Carriegate reinforces this assessment from last autumn:

“Despite the unusually high levels of transactional corruption and multiple breaches in standards, we cannot definitively yet say whether this government is corrupt. I think the most that can be said is this: there is more corruption and corruption risk in and around this government than any British government since the second world war. And whilst we might not confidently tag it as systemically corrupt, we can say that multiple warning signs are there.”

Robert Barrington is Professor of Anti-Corruption Practice at the Centre for the Study of Corruption, University of Sussex.