You are here: Home » Blog » A Prime Minister’s department: redefining the centre of British government? 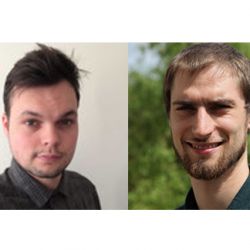 By: Bradley Ward and Joseph Ward

Amidst the clamour of the Commons following the publication of Sue Gray’s interim report into ‘partygate’, Prime Minister Boris Johnson announced that he would be creating an ‘Office of the Prime Minister’ to deal with “fragmented and complicated” structures of Number 10 that Gray had identified.

This announcement led to some consternation on social media amongst those who closely monitor developments in Whitehall, as the Prime Minister’s Office (PMO) already exists, and has done since 1916 when Lloyd George created the Cabinet Office.

Though it remains somewhat unclear what these reforms will amount to, the recruitment of a permanent secretary to improve operations in No. 10 suggests Johnson was referring to the creation of a Prime Minister’s Department (PMD). Furthermore, when responding to questions from MPs within the same parliamentary session, Johnson himself indicated the plan was to ‘set up a Prime Minister’s department to improve the operation of No. 10’.

The argument for clarifying the structures of No. 10 is a strong one. As Johnson noted in his statement, the PMO now regularly hosts over 400 officials on any given day, a rapid rise from around 60-65 staff during Thatcher’s premiership.

The announcement of these reforms seemed a somewhat off the cuff response to a scandal revolving around the PM’s behaviour. However, it was by no means the first time that the creation of such a department has been considered. Similar discussions occurred under the Heath, Thatcher and Blair governments, as each administration sought to bolster the centre’s control over government operations.

Creation of a PMD might be considered a further example of what we have identified in a recent article as ‘internal centralisation’, defined as the gravitation of decision-making power within central government towards the political centre. In the early stages of the Johnson government this was pursued on multiple fronts. Reforms to streamline the relationship between the PMO, the Cabinet Office and the Treasury were accelerated, and the Prime Minister and his senior advisor Dominic Cummings exerted greater control over the recruitment and management of special advisers (SPADs).

As evident from recent consultations undertaken by the Commission for Smart Government, a large degree of consensus exists among politicians and the wider public policy community that greater central control and coordination within government is beneficial in delivering the policy priorities of an administration. Since the creation of the Central Policy Review Staff under Edward Heath, successive administrations have focused on this objective.

However, whilst the consensus is in favour of a greater central grasp on delivery, commentators have expressed concern regarding the Johnson government’s centralisation of powers from elements of the political structure beyond central government. In the post-Brexit period, the marginalisation of parliament, the devolved administrations, the courts and other institutions which hold any policy-making or scrutinising power has led some to suggest the UK may fall victim to ‘democratic backsliding’.

Though Johnson contended the addition of a permanent secretary within the PMO would improve accountability, the wider centralising tendencies of his administration suggest a formal enhancement of the PM’s powers through the creation of a bespoke department might have the opposite effect.

Redefining the centre of government

As it becomes more difficult to scrutinise and challenge those at the helm of government within an already highly centralised system, it is increasingly important to identify where exactly the centre of government lies and the extent to which decision-making power is concentrated within it. Though it is still too early to say, it’s possible that the reforms announced in response to ‘partygate’ make this an even more pressing task.

Throughout much of the twentieth century, ‘the centre’ in British politics was broadly defined as consisting of central government departments located in Whitehall, the ‘political executive’ within the PMO, parliament and the judiciary.

These different definitions suggest it is important for any conceptualisation of the centre to adapt and evolve over time. Given the centrality of the political party in government, such a definition might be fruitfully extended to include the wider party leadership. Moreover, though the relationship between No. 10 and the Treasury tends to fluctuate based on the wider economic outlook, under certain administrations such as the Coalition, it is conceivable that the Treasury might be incorporated within this definition.

If it were to materialise, institution of a fully-fledged Prime Minister’s department would constitute quite a profound change in the nature and operation of the centre. However, other developments under Johnson’s premiership are also important in this regard. The resignation of long-term ally Munira Mirza was widely reported to have arisen, at least in-part, due to the relocation of the PM’s Policy Unit to the Cabinet Office, resulting in a loss of policy-making influence. Is this perhaps indicative of a creeping distance between the PMO and the Cabinet Office due to the growth of the former? Moreover, might this herald a longer-term shift in terms of the balance of power between the Prime Minister and the wider Cabinet?

Given the ongoing uncertainty surrounding the Johnson administration, it is difficult to determine whether such developments will have any lasting impact on governance structures in Downing Street and Whitehall more broadly. However, the manner in which these reforms pan out holds significant implications for understanding the centre of British politics moving forward, both practically and academically.

Bradley Ward (@broid_) is a Doctoral Candidate in POLSIS at the University of Birmingham.