You are here: Home » Blog » A gameable electoral system? The Additional Member System in Scotland 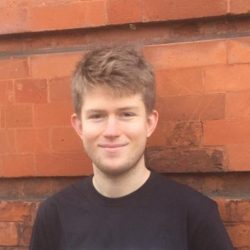 What is Scotland’s electoral system?

Elections to Scotland’s devolved Parliament are held under the Additional Member System (AMS).

Constituency ballots are counted first, and constituency seats are awarded according to First-Past-the-Post (FPTP) – i.e., to the candidate in each constituency who has won the most votes. List votes are then counted, and list seats are then distributed in such a way that the total number of seats, both constituency and list, won by each party in that region is as proportional as possible to their share of the list vote. List seats are therefore sometimes referred to as ‘top-up’ seats, because they top up the representation of parties that have been underrepresented in constituency seats.

What are the effects of this system?

The main effect of AMS is to ensure a broad degree of proportionality between the percentage of list votes parties receive and their overall share of seats in the Scottish Parliament. Compared to elections held under pure FPTP, it is easier for small parties to win representation, and it is harder for a single party to win an overall majority of seats.

However, there are limits to the system’s proportionality. Firstly, the relatively small size of the electoral regions means that parties need to win around 6% of the list vote in a single region to win any seats. Some smaller parties therefore remain unrepresented. Secondly, the number of top-up seats is not always sufficient to compensate for the disproportionate number of constituency seats some parties may have won. In 2011, for instance, the Scottish National Party (SNP) won a majority of seats despite winning only 45% of the constituency vote and only 44% of the regional list vote.

Moreover, the fact that there are MSPs elected through two different but linked mechanisms can lead to perverse electoral incentives and outcomes. These are most often linked to the phenomenon of ‘split voting’.

What is ‘split voting’?

Split voting occurs when an elector chooses to cast their two votes for two different parties, supporting the constituency candidate of one party along with the regional list of another.

Problems arise when political parties encourage electors to cast split votes as a way to manipulate the system. For instance, if a large party that expects to win a lot of constituency seats encourages their electors to support smaller allied parties in the list section, those votes are more likely to translate into additional list seats, and so could artificially increase the seat total of the coalition as a whole. In the Albanian election of 2005, the winning party adopted this tactic: although it won 44% of the vote in the constituency section, it won less than 8% of the vote in the list section, because it urged its electors to vote for a range of small allied parties instead. This led to those allied parties being awarded large numbers of top-up seats that would not have been won by the winning party in the constituency section, inflating the representation of the coalition and delivering it a majority of seats.

Even more egregiously, parties can create new and supposedly distinct organizations for the sole purpose of standing candidates in the list section and being awarded list seats without the seats they have won in the constituency section being taken into account. In the South Korean election last year, both major parties did exactly this, officially standing only in the constituency section and running candidates in the list section under a different party name. This led to both parties winning significantly more top-up seats than they would otherwise have been entitled to (and minor parties winning fewer).

When one party in an AMS system engages in this kind of deliberate, organized split voting, it provides them with a significant unfair electoral advantage. If multiple parties adopt the method, it destroys the system entirely, removing the link between how many constituency seats and how many list seats parties win, and thereby reducing the list representation of smaller parties.

In every election to the Scottish Parliament since its creation in 1999, some level of split voting has occurred, but this was historically not linked to any concerted efforts to manipulate the system.

In advance of the 2016 election however, amidst increasing polarization over the issue of independence, electoral systems expert John Curtice noted that supporters of Scotland’s largest party, the SNP, had a tactical incentive to cast their list vote for the smaller Scottish Greens as a way to maximise the number of pro-independence MSPs. In the event, the 2016 election saw a large increase in the number of electors who cast a constituency vote for the SNP but voted for another party in the list section. There was also a small increase in list votes for the Greens. We cannot know to what extent these changes were the result of deliberate split voting strategies, but Curtice estimates that if the increase in the Green vote was entirely down to tactical split voting, its effect was to boost the number of pro-independence MSPs by two.

In the upcoming Scottish Parliament election this May, split voting looks likely to be a major feature. Polling suggests the gap between the SNP’s share of the constituency vote and its share of the list vote could be as high as 15 percentage points, with much of that difference potentially being SNP supporters tactically casting list votes for other parties.

Moreover, two new parties have now expressed the explicit intention to use split voting strategies to maximize the representation of their preferred constitutional position. On the unionist side, George Galloway’s All for Unity party is standing only for list seats, and urging supporters of other unionist parties to lend them their list votes in order to optimize the distribution of unionist votes and win a unionist majority. On the separatist side, Alex Salmond’s Alba Party is also standing only list candidates, and with the stated intention of being a way for SNP voters to maximise separatist representation and create a pro-Independence ‘super-majority’.

Is Scotland’s electoral system being gamed?

With the number of split votes looking likely to increase, and with prominent politicians now advocating split votes to inflate the representation of particular constitutional stances, it could be argued that Scotland’s electoral system is being unfairly manipulated.

However, there are several important caveats. Firstly, we have little way of knowing how much split voting is the result of efforts by parties to manipulate seat allocation. Many split votes will simply be legitimate expressions of voter preferences or the product of other factors.

Secondly, it is extremely unclear what effect the split voting efforts will actually have. Small parties running in the list section can only boost the representation of a broader camp if they themselves receive enough votes to win seats. Should small parties fail to win any MSPs, these parties could potentially reduce the representation of their preferred constitutional position by siphoning off votes from more viable parties. Based on recent polling, this looks likely to be the fate of All for Unity. The impact of the Alba Party is more uncertain, as it currently polls at around or just below the minimum number of votes needed to win MSPs. Its effect on the number of pro-independence MSPs could therefore easily be either positive or negative, depending on a combination of its level of support, from where it draws its support, the geographic distribution of its support, and the overall strength of pro-independence parties.

Thirdly, and perhaps most importantly, split voting strategies have not yet been endorsed by any major party. Far from encouraging their supporters to vote for other parties on the list, the leaders of Scotland’s major parties have all explicitly warned against split voting, and urge electors to support them with both votes. Unlike in some other countries then, split voting campaigns in Scotland are not the result of collusion between larger parties and small allies, but unilateral efforts by small parties themselves. Moreover, these small parties’ efforts to encourage split voting are as much about maximizing their own representation as they are about impacting the overall result.

Nonetheless, the increasing discussion of split voting strategies does highlight the potential of AMS to be gamed by unscrupulous political actors, and the increasingly widespread awareness of this fact. Should organised split voting become a significant and regular feature of Scottish Parliament elections, it could presage a need for electoral reform.

David Klemperer is a PhD candidate at Queen Mary University of London, and a former Research Fellow at The Constitution Society.